Beware of online scam when paying your builder

Citizens Advice Esher & District is warning people to be extra vigilant when transferring money online to pay builders and other tradespeople.

In a recent case dealt with by the local advisory service, an individual lost thousands of pounds when paying a supplier in this way. When the customer received an email from the company requesting payment for work carried out, nothing appeared to be out of the ordinary – the email address was the same, the company logo and format of the email were identical to ones previously received.

However, it subsequently transpired that the company’s email account had been hacked and the email had been sent by a criminal posing as the tradesperson. The bank account details supplied were for an account set up by the fraudster.

Citizens Advice warns that this has become a significant problem with the increase in people paying for services online. Unlike other fake emails and phishing scams, the emails sent by these criminals are not as easy to spot. They will often look identical to other emails sent by companies you may have done work with before.

To make matters worse, it can be difficult to recover the money lost in these scams as banks will often deny liability. They claim that in such instances it is the customer’s mistake and that the money lost has been handed over to the criminal voluntarily.

“People really need to be on their guard,” Linda Wheatley, Chief Executive of Citizens Advice Esher & District said. “If you have been having an ongoing email exchange with a tradesperson about work and they send you an email requesting payment you may well not think anything is suspicious but this is exactly when you are most vulnerable to this type of scam. We recommend that people confirm online payment details using a method other than email.”

How to protect yourself:
• Check your bank and card statements regularly for suspicious transactions.
• If you haven’t paid the person online before or if they have changed their account details, confirm the account details using a method other than email – by phone, post or in person.
• Transfer a small amount first and confirm that the person has received the money before transferring a large amount.
• Visit citizensadvice.org.uk for more advice about how to avoid online scams.

Are you unsure about what repairs your landlord should pay for? 🏠 We can help. Find out more ⤵️ https://t.co/KeEWIuxOif
h J R
@eshercab

Gambling can be addictive. If you’re struggling with a gambling problem, read how you can get help ⤵️ https://t.co/ZLvcutaDsd
h J R
@eshercab 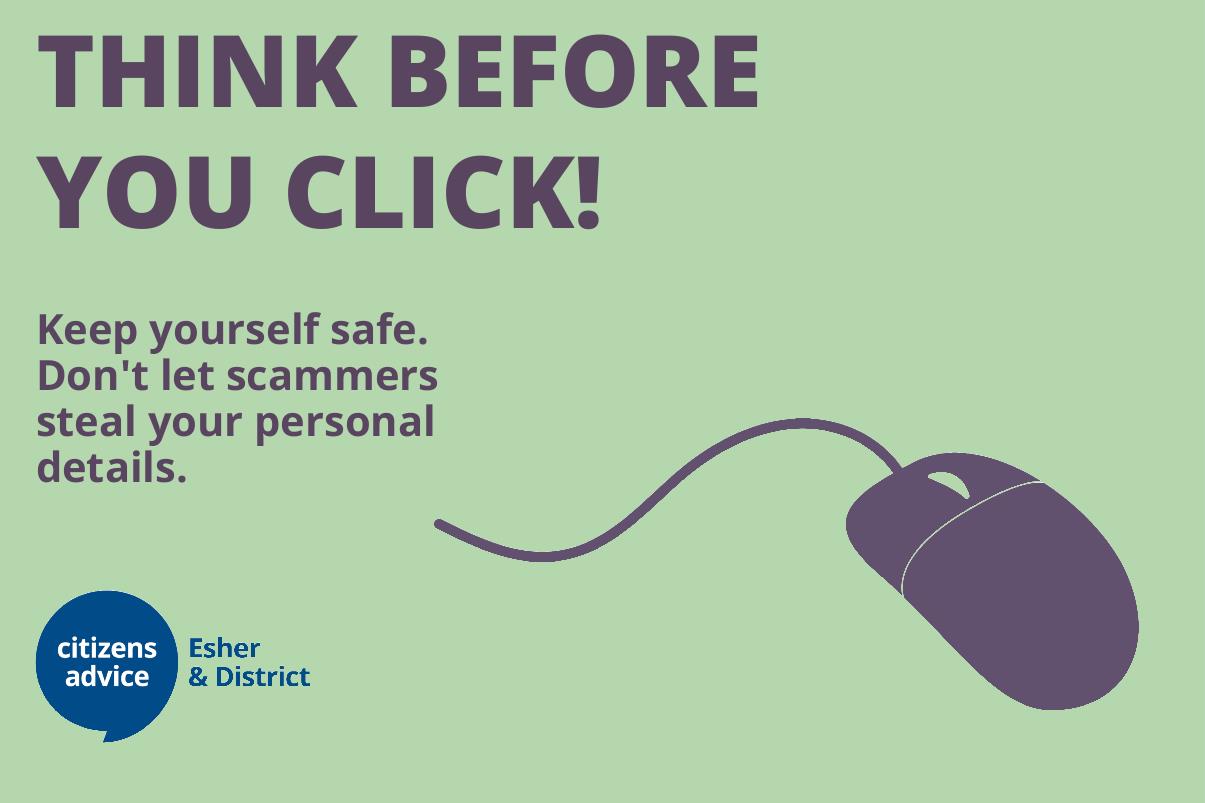 Are you unsure about what repairs your landlord should pay for? 🏠 We can help. Find out more ⤵️ https://t.co/KeEWIuxOif
h J R
@eshercab

Gambling can be addictive. If you’re struggling with a gambling problem, read how you can get help ⤵️ https://t.co/ZLvcutaDsd
h J R
@eshercab